When I look back on the path I have followed, I must acknowledge that my mother had a strong influence on my directions (Mom GPS). A road less discouraged. She told me a story about my propensity to entertain at an early age, it seems she was feeling rather ill one day and decided to rest. She apparently advised me to remain clear of her resting area in case what she had was contagious such as the flu or some other nasty airborne virus. According to her story, I obeyed by sitting in the hallway next to the bedroom which was ideal. I stayed clear, but apparently, I didn't stay quiet. I decided to entertain her by spinning yarns and tales off the top of my head, which according to her, lasted for an hour straight. Now at any point, she could have told me to be quiet or please shut up or any other number of silencing techniques but she didn't. She let me ramble. And from that day forward, that has been pretty much the case. That is not to say, there weren't times she would
Read more

Sure There Are Rules On The Stage... Is It Ok For an Actor To Break Them?

Whistles Through the Fence

Writing a Collection Of Short Stories - how it started

Idle Essence Tales Of Marvin - A Free Preview Of The Book 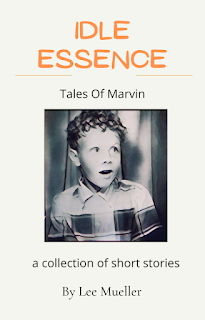 "Idle Essence" Tales of Marvin -a collection of short stories

How Does One Become A Playwright?

Can You Make Murder Funny On Stage? Should You Even Cross That Line? 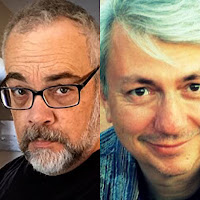 How Do You Make Silence Funny On Stage or Film?

Bad Habits That Can Make An Actor's Performance A Bit Weird

Lee Mueller
Lee Mueller was born in St. Louis, Missouri. For over thirty years he has been involved in the performing arts, from acting, directing and most notably as a playwright. Starting on stage as an actor in High School, through College and onto Community theatre. Lee even made it to the silver screen as a sewer dweller in "Escape From New York." Lee spent many years in the trenches of the St. Louis Comedy club circuit in comedy sketch/improv groups: "The Way Off-Broadway Players," "The Bottom Line," and Wit's End" - as a performer and writer.